You may already know, but loafers have become wildly popular! When I used to hear the word "loafer" I always thought of those ugly slip on shoes that old people would wear. It's amazing what a cute pattern or a little bling can do to make a once ugly shoe, stylish!

But not only are they stylish now, they also can be incredibly pricey! I thought I would share with you my four favorite pairs of loafers that I own, the price and where I got them, and compare them to the pairs that are more on the pricey side!

Here are the expensive loafers: 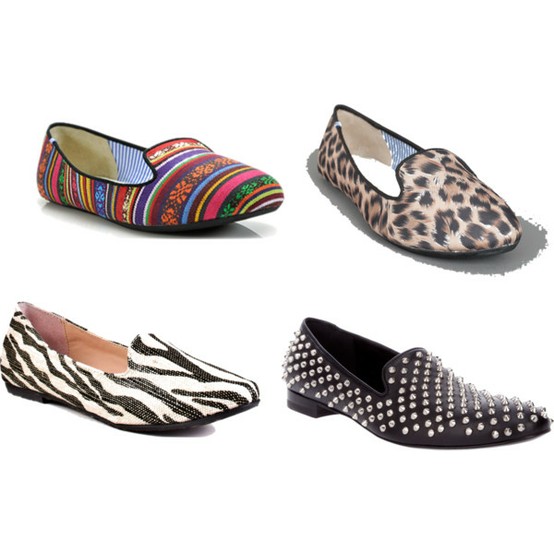 As you can see, each of these loafers cost over $75 each! Now, I'd like to share with you, the loafers that I own that are each similar to these four pairs. 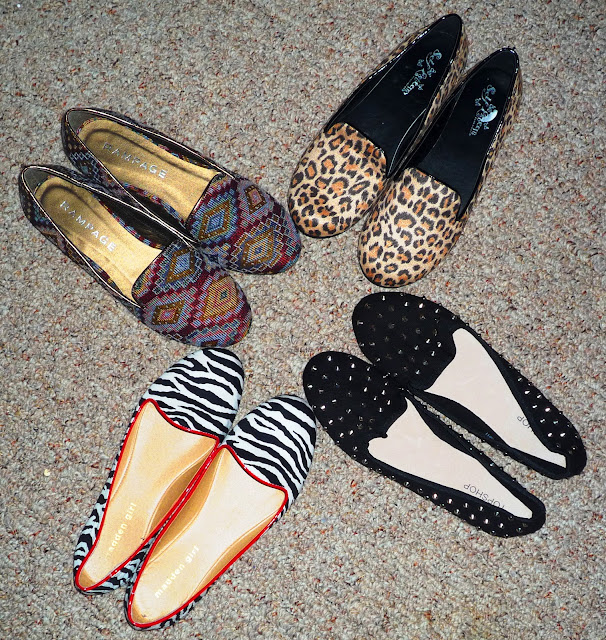 I got each of my pairs of loafers for under $60! (Really all for $20 or less except for the studded ones!)